Equipment supply in the framework of import substitution

One of the main activities of the engineering company "Intermashstroy" is the work on import substitution programs, the essence of which is to replace expensive imported products with analogues of Russian production that are not inferior in quality.

For a long time the industrial sectors of our country were equipped largely due to imported equipment, which is a model of technology and design. But the high cost of imported products and the timing of its production, as well as the economic crisis, which gave impetus to the development of the domestic engineering industry, led to an increase in demand for the manufacture and supply of Russian analogues.

Today, our company is one of the leaders in this direction, as our knowledge and experience allow us to design and manufacture equipment that stands for quality, manufacturability and design in line with European manufacturers, but much lower in cost. 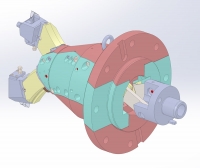 TRANSPORT MECHANIZATION LINE TO COUPLING CUTTING MACHINE EMAG ON THE SITE OF THE PRODUCTION OF COUPLINGS IN THE TUBE-ROLLING SHOP NO.3

THE HOLLOW SHAFT OF PIPE-PROFILE PRESS WITH FORCE 5500 T IN TUBE-ROLLING SHOP NO 2. 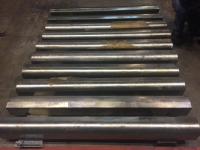 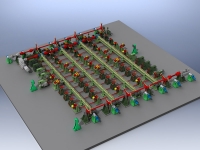 HYDROSTATIC PRESS FOR PRESSING WITH FORCE 6.3 MN, PRESSURE OF 200 MPA.

TRANSPORT MECHANIZATION AND MODERNIZATION OF THE MACHINE-TOOLS INNOCENTI (ITALY) 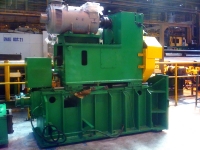 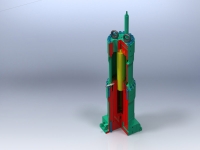 INSTALLATION FOR TEMPERING AND COOLING OF PIPES (SPRAYER) 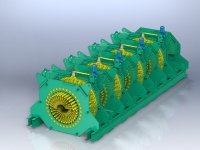 Design and manufacture of equipment

Repair and modernization of equipment